Like each year, the Economist has just released its annual global liveability survey. And guess what? Out of the top 10 countries in which life is the coolest, according to the study, four are situated in the Pacific Ocean Area, more precisely in Australia, Canada and New Zealand. 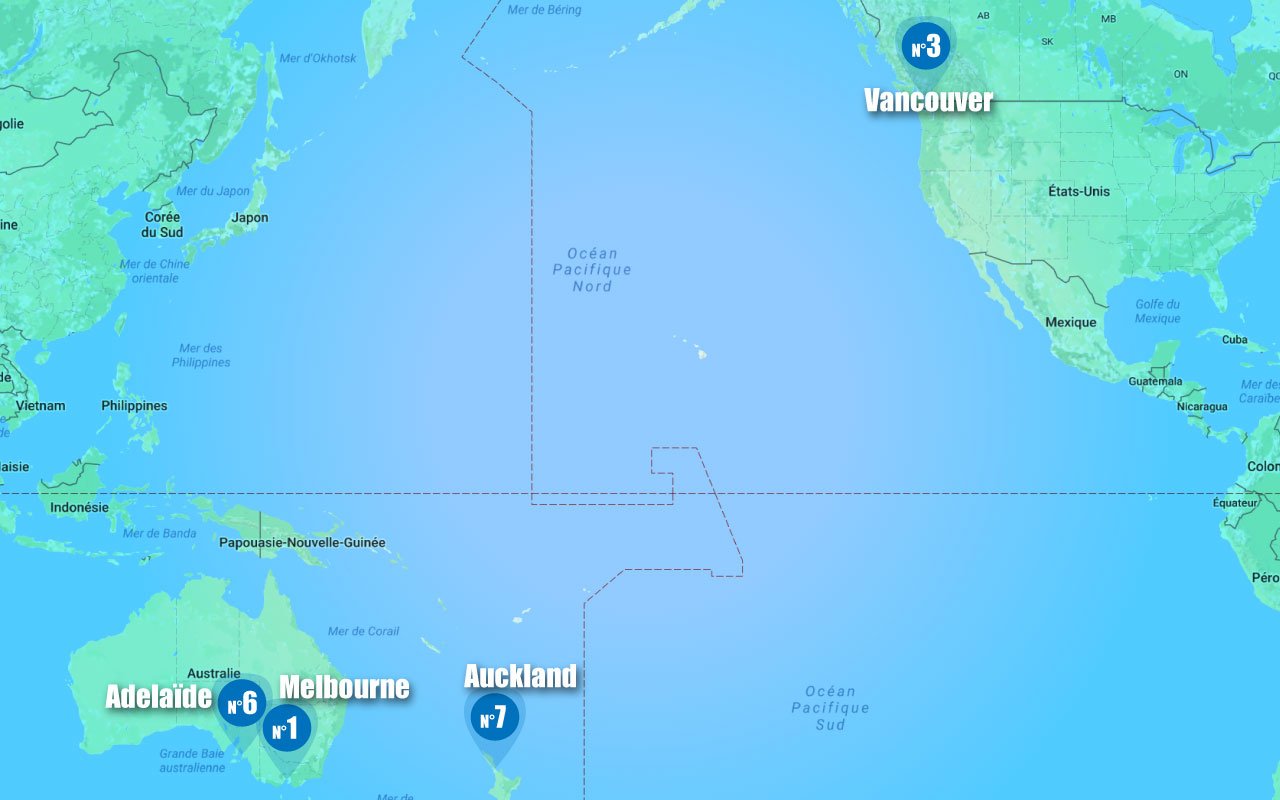 The top one of the economist’s list is Melbourne, in Australia. Moreover, the city has managed to keep the first rank in the annual survey, for the seventh year in a row.

In the third place, we find Vancouver on the west coast of Canada, boarding the North Pacific Ocean. In the sixth and seventh place we find Adelaide, in Australia, and Auckland, in New Zealand.

Perth, again in Australia, hits the eighth rank, but we didn’t count it in our “Pacificans list” because it is situated in the Indian Ocean. Noticeably, Sydney keeps the eleventh rank.

The survey points out the fact that Australia and Canada (with Pacific bordered Vancouver, inland Calgary and east coast Toronto, in third and fourth place) sure know how to favor the best urban living conditions, with Australia taking the lead. A lot of countries would surely make their citizens happier in following their example.

However, it is not so easy, as the survey points out the damage the rise of terrorism has brought  in developed countries, in Europe for instance. This threat being almost non-existent in the Pacific area it is easy to understand how this year’s survey has strongly shifted towards the Pacific Ocean.

How is the liveability factor calculated?

As the economist intelligence unit’s puts forward on its homepage: “The Economist Intelligence Unit’s liveability rating quantifies the challenges that might be presented to an individual’s lifestyle in 140 cities worldwide. Each city is assigned a score for over 30 qualitative and quantitative factors across five broad categories of Stability, Healthcare, Culture and environment, Education and Infrastructure.”

More briefly, the factor takes in account the major needs of an average human and measures how much and how well these are fulfilled.

A relaxed way of life

However, those who have experienced living in some of those cities will recognize a common point to the four Pacific cities in the top ten ranks: they are all multicultural, which favors innovations and and an open-minded view. They also have a reputed lay-back and relaxed way of life. Less stress, easier living? That makes sense and it sounds so… Pacifican!

Via the Economist intelligence unit