Yesterday, Marae Taputapuatea in Raiatea, French Polynesia as well as the Sacred Island of Okinoshima and Associated Sites in the Munakata in Japan have been integrated in the list of World Cultural Heritage sites.

If you want to learn more about Marae Taputapuatea, check this article we published yesterday.

Concerning the Sacred Island of Okinoshima, UNESCO describes this site as “an exceptional example of the tradition of worship of a sacred island. The archaeological sites that have been preserved on the Island are virtually intact, and provide a chronological record of how the rituals performed there changed from the 4th to the 9th centuries CE. In these rituals, votive objects were deposited as offerings at different sites on the Island. Many of them are of exquisite workmanship and had been brought from overseas, providing evidence of intense exchanges between the Japanese archipelago, the Korean Peninsula and the Asian continent. Integrated within the Grand Shrine of Munakata, the island of Okinoshima is considered sacred to this day.”

This means that The Pacific Ocean area is getting more and more attention on the International stage, at a time when it is needing it the most. Sea level rise due to climate change is becoming a massive issue here, but our voice pains to be heard, because we are scarcely populated and we were one of the last places to have been discovered and explored by occidental powers. But gaining attention worldwide is critical, if we, Pacificans, want to impose our viewpoint on the big decisions that are taken today by world superpowers, especially concerning global warming.

Still, the danger is taken more and more seriously. For example, the UN has engaged a 36 million US $ plan to save Tuvalu from the raising waters. This should only be the beginning of such actions as most of the World Heritage sites in the Pacific are near the seashore. A renowned example is Easter Island and its collection of giant Moai statues (pictured), which have already suffered in the past from a tsunami, and are still exposed to cyclones and extreme climactic events. Hopefully, those two newly added sites mentioned above will contribute to reinforce the international awareness of the consequences of fight climate change. 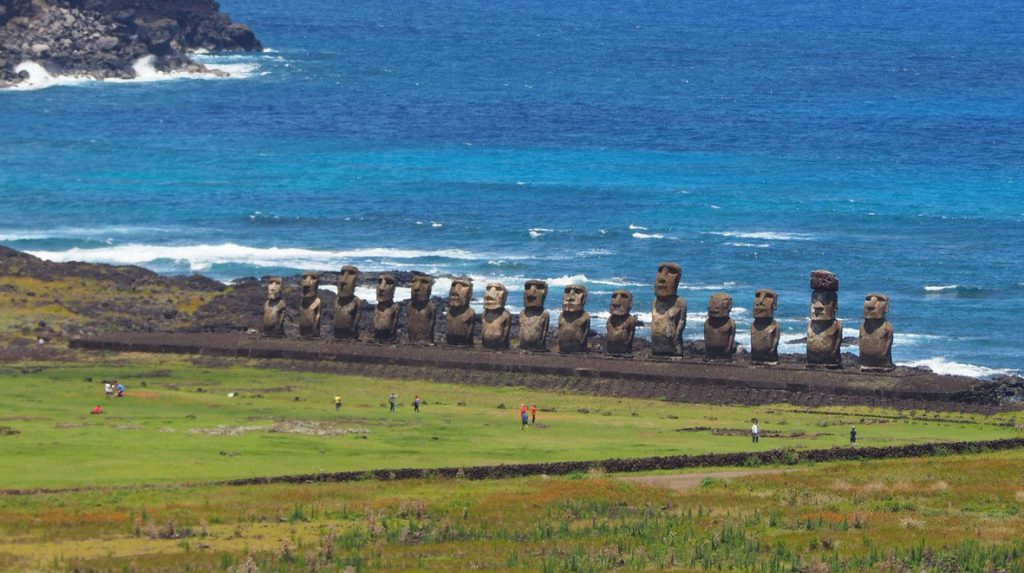 And more cultural weigh will make us louder. Pacificans.com shares the view expressed by several leaders of the region in the Taputapuatea Declaration on Climate Change, that the leading nations of the planet will have to aggressively tackle emissions of greenhouse gases, while trying to help alleviate the symptoms of this global change, such as the disparition of atolls like Tuvalu.